You searched for 'Amillennialism'

... New Covenant people of God most exhaustively in the New Testament in Hebrews 3-4. Where the people of God have the greater Exodus of the Lord Christ behind them, yet they are still striving to enter the eternal Sabbath of God (Heb 4:11).

Dr. Robertson traces the wilderness motif throughout the Old Testament and New Testament.

The Coming of the Kingdom

Although God is King over all things and His kingdom rules over all (e.g. Ps 103:19), yet “a more specific manifestation of his authority is displayed in the kingdom of his Messiah” (p. 113). The Kingdom came with the coming of its King.

Chapter six deals with the question of Israel’s future. Dr. Robertson maintains that ethnic Israelites are and will always be part of God’s people and in God’s plan, but he denies that there will be distinctive future for ethnic Israel, as envision by Dispensationalists for example. There will never be a distinction between believing Jews and Gentiles ever again. Both are on an equal footing and both are together heirs to the promises of God in Christ.

Dr. Robertson stresses throughout this chapter how Paul is actually concerned with what is to happen with Israel in the present and no so much in the future. He stresses how Paul is seeking to save some Israelites now and how he is seeking to save them through his ministry and not at some future date (Rom 11:5, 7, 14-15, 23, 30-31). All this emphasis is right and warranted by the context and it was helpful to have that pointed out because some act as if Romans 11 largely or wholly has to do with the future. Dr. Robertson shows that the emphasis of Romans 11 itself is upon the present time. He rightly notes that the “references in Romans 11 to God’s present intention for Israel are pervasive and are highly significant for the total thrust of the chapter” (p. 171). This point must not be overlooked.

It is not the purpose of God to save every Jew. He has always had the freedom to pick and choose according to His sovereign pleasure and He has never bound Himself to save every ethnic Israelite. The mystery of God in this is that the rejection of Israel serves the purpose to bring Gentiles in. But even this is for the purpose of moving elect ethnic Israelites to jealously so that they would cling to their Messiah and in this way the world will be blessed (Rom 11:11-15).

Then there is a very interesting discussion...

...ports the idea of tongues not actually being a language sometimes.

The Doctrine of the Future

Part 7 of this Systematic Theology deals with the study of the last things, Eschatology.

Dr Grudem shows convincingly for me the support for the coming of Christ, the Final Judgment and Hell, the New Heavens and New Earth. With all these I agreed on most points, except the Millennium.

While he represents these views he argues against them and for Classic Premillennalism.

I remain an Amillennial.

If you don't have this book in your library, get it now! You will not be disappointed. I will go back to it.

I'm thankful for God's grace upon Dr Grudem's work and life and that he has produced such an excellent treatment of Christian doctrine faithful to the Holy Scriptures.

He has become an example for me and a hero of how I should handle the Holy Scriptures.

...ngdom and priests to our God, and they shall reign on the earth.” 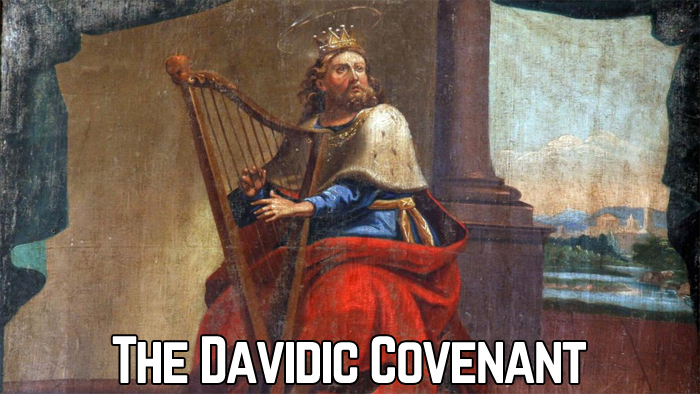 The covenant of God with David and His promise is in many ways similar to the Abrahamic Covenant, both in its fulfillment and the “I will” of God and “you shall” of the human party. As a Christian and an Amillennialist at that (see my case for Amillennialism in chapter 31), I will make the case that the Davidic Covenant is currently being fulfilled by the Lord Jesus Christ.

Since the days of Moses and Joshua have passed, the people of God were settled in the land promised to their fathers. But the people were stiff-necked and disobedient, as God testified of them in the wilderness (Exod. 32:9). They did what was evil in the sight of the Lord and forgot the God Who brought their fathers out of the land of Egypt. As promised by the Mosaic Covenant, so the judgments of God came upon Israel and they were ruled by their enemies and taken captive. Then the Lord would graciously raise up judges when they would come to repentance and seek His face so that they would free them. That went for about 400 years.

Then the people came and demanded a king to be set over them, just like the other nations they were surrounded with when the LORD Himself was their king. The Lord gave them Saul, a man whom Israel loved and followed after. The Lord blessed Saul until Saul disobeyed the word of the Lord. When Saul disobeyed the word of the Lord and thus disregarded God, the Lord rejected Him (1Sam. 15). At that time, when the Lord abandoned Saul, the Lord sent unclean spirits upon him that would torment him (1Sam. 16:14). They soon learned that a certain youth could drive the spirit away by his playing on the lyre and therefore Saul could be at rest. That youth was none other than David. One of the icons and most known people from the Bible. A biblical hero and an example of faith and failures.

The Lord chose David to be “prince” over His people Israel because David was a man after the Lord's heart (1Sam. 13:14). David wanted to follow the Lord wholly and carry out His will with no delay. He was the one chosen despite all circumstances and appearances. But in the choice of David, the Lord was fulfilling what was prophesied by Jacob concerning his son Judah:

Gen. 49:10 The scepter shall not depart from Judah, nor the ruler's staff from between his feet, until tribute comes to him; and to him shall be the obedience of the peoples.

Saul was from the tribe of Benjamin and concerning that tribe, Jacob did not have any kingly blessings (Gen. 49:27). But clearly, kingship and rulership are promised to the tribe of Judah of whom David is the man after God's own heart. After the Lord established David as king and after Saul was gone, the Lord promised that He would bless David and will always keep a descendant of his on the throne of Israel.

We find the main text in 2 Samuel 7 and its parallel in 1 Chronicles 17:11-14. I'd like to highlight some things from the text as our starting point about the covenant. But before we do that, let us get a little bit of context.

The Lord had given the kingdom of Israel to David and He has clearly been with him and giving him victory. David is perplexed in his heart by the fact that he lives in a great house, but the Ark of the Lord stays in tents. Therefore, David decides that he wants to build a house for the Ark of the Lord. But the word of the Lord comes ...