You searched for 'Fourth Commandment'

...D, and moreover, I will not let Israel go” (Ex. 5:2). Here, the Pharaoh disregards God’s word and rejects obedience to His word and thereby incurs more judgment upon himself.

In Leviticus 18, the nations which were driven away by Israel are said to be judged among other things for profaning the name of God (Lev. 18:21, 27). The Lord brought judgment upon them because they were idolatrous and thereby profaned the name of the Lord by rejecting Him and choosing to serve idols rather than the living God. In Leviticus 18:21, profaning the name of the Lord is the result of idolatry. To choose any idol above the LORD is to take His Name in vain and incur His wrath.

The Fourth Commandment Before Moses

The Fourth Commandment concerns the Sabbath. The institution of the Sabbath took place on the seventh day of creation by God Himself (Gen. 2:3), although it is not explicitly commanded, yet New Testament texts look back to this time and declare that “the Sabbath was made for man” (Mark 2:27) and not the other way around. When was the Sabbath made but on the seventh day? The Sabbath was instituted for man’s benefit, not God’s. It is true that we do not read of the patriarchs resting on the seventh day, but this is evidence on no side for no text says that they did not rest. In fact, the pattern of seven day weeks was known from even as far back as the Flood (Gen. 7:4). What basis is there for seven days week, but from the creation and the Sabbath at the end of the week?

There is an instance in Exodus 16:22-30 where the Sabbath is celebrated by the people of Israel before Sinai. What is interesting is v. 28 in which the Lord complains saying, “How long will you refuse to keep my commandments and my laws?” and thereby point toward the idea that the Sabbath was, in fact, commanded by God before Sinai and before this instance. For what’s the point of the Lord’s complaint if the Sabbath was, in fact, not instituted and commanded before Sinai to say “How long will you refuse…”? The Lord had commanded the people to keep the Sabbath before this instance and from the seventh day of creation, but the people had not kept holy the Sabbath to the Lord. This was probably the case in Egypt too when they were slaves. I don’t think that the Egyptians gave them proper rest, but they were abused. That God had to command the Sabbath so often, not only in this case but also after the Sinai is seen from the fact that the Sabbath is the only commandment that is also a positive precept and one that is to be forgotten. That is why the commandment begins with the word “Remember” because we are so often prone to forget it. More will be said below on the commandment and in detail in chapter 22.

The Fifth Commandment Before Moses

The fifth commandment commands the honor of authority above one’s self, the closest are the parents (Ex. 20:12). This is seen throughout the lives of the patriarchs and the dishonor of parents is seen as something that is disrespectful. This is an obvious and self-evident thing. Noah was dishonored when Ham saw him naked and brought his father’s curse upon himself by his deed (Gen. 9:22, 24-25). But Shem and Japheth were honored and blessed because they covered their father’s nakedness (Gen. 9:23, 26-27). Jacob was dishonored by Joseph’s dream about his family bowing themselves to Joseph (Gen. 37:10).

The Sixth Commandment Before Moses

The sixth commandment forbids the murder of people (Ex. 20:13). The first instance is Cain’s murder of ...

...Ten Commandments are repeated in the New Testament and these are only binding.” But it never clicked with me. Why should God repeat things for them to be binding and still true? At that time I did not give much consideration to the Sabbath question and assumed that it was somehow fulfilled in Christ and no longer binding as a day of physical rest.

In this paragraph and the following, I will try to lay a biblical case for the Christian Sabbath—the Lord’s Day, as summarized by the Confession. I will likewise freely borrow from my discussion of the Fourth Commandment in chapter 19 and many other resources (listed below and in the footnotes).

The Name Of The Day

It does not matter what we call the day as long as the principle of the Sabbath carries over. Few early Christians called Sunday the Sabbath or Christian Sabbath because they associated the Sabbath with the Old Covenant and the legalistic observance of the Jews thereof. They rather called it the Lord’s Day and contrasted the two. The phrase Lord’s Day is used in Revelation 1:10 as a designation for Sunday, the day on which the Lord Christ rose from the dead. Yet, many of them basically “sabbatized” on the Lord’s Day. They did the many things which were prescribed for the Sabbath and ceased from their worldly jobs. Therefore, by simply calling it the Lord’s Day, they did not utterly disconnect it from the Fourth Commandment, but they wished to disconnect it from the Jewish observance thereof.

The Confession says that specifically, the Lord’s Day is to be continued as the Christian Sabbath. The Lord’s Day is the New Testament name for the day of worship and rest for the New Covenant people of God. The principle of the Sabbath, basically, carries over to the Lord’s Day. Because this phrase is directly found in the New Testament, I prefer it. Yet, I am not at all against the use of the phrase “the Christian Sabbath.” The latter phrase connects the Lord’s Day with the Fourth Commandment and demonstrates that we do not have nine, but ten commandments still. While the former phrase closely associates the day with the Lord Jesus Christ and His blessed resurrection.

The question of the Sabbath I believe is an important one and I agree with Edwards that:

No Christian, therefore, should rest till he has satisfactorily discovered the mind of God in this matter. If the Christian sabbath be of divine institution, it is doubtless of great importance to religion that it be well kept; and therefore, that every Christian be well acquainted with the institution.[39]

Arthur Pink likewise has a point that not much attention must be given to the terminology, rather, we should inquire if the Sabbath continues in the New Testament or not. He writes:

Our inquiry, then, narrows itself down to this: Does God require His people to keep a “Sabbath” during this Christian dispensation? If He does, then such a Sabbath is, necessarily, a Christian Sabbath. If He does not, then that is the end of the matter.[40]

I will here freely quote from many authors, much wiser than me on the subject of the Sabbath. This Christian Sabbath study here could be seen as merely repeating what great theologians of the past and (some) of the present have said on this subject. Therefore, I will not hesitate to quote their words and give credit where credit is due. Below is a list of works that I’ve (either entirely or partly) read, listened to or watched on the Christian Sabbath.

...early references there are to the Christian observance of the Lord's Day as the day of worship. The New Testament has a handful of passages speaking about the Lord's Day (first day of the week), but apparently, in the mind of the early Christians, these passages were a firm foundation to show them that Sunday was the day of worship, the kyriake hemera! Dr. Stott makes a good survey of various pre-400 AD writings in these chapters. There are things which the Fathers believed that I don't agree with, neither do Beckwith nor Stott. But they are honest to lay out their views honestly and clearly. For example, although the observance of the Lord's Day is directly connected to the Fourth Commandment in the mind of the Christian Sabbatarian, the early Fathers, according to Stott, do not make a direct connection with it. As Christian Sabbatarians we believe that the Sabbath was instituted in the Garden and given to Adam to keep, but the Fathers did not agree or say that Adam had to keep a Sabbath, but some of them connected it with the existence of sin (i.e. trouble, sin in our lives and the need for rest). Stott lays these views out honestly and makes some observations on them. It is still amazing to me how much Christians wrote and said about the Lord's Day, although there were but a handful of passages on it in the New Testament. It goes to show that what is insignificant in our modern eyes, was more than enough for the early church. It was enough that the Lord Christ rose on the Lord's Day, for the Lord's Day to be considered the day of rest and worship--a holy day.

His chapter on Eusebius of Caesarea (8) is very interesting. He tries to demonstrate that Eusebius tried to systematize and summarize the doctrines about the Lord's Day and the Sabbath which the Fathers taught. He was the systemizer of the Christian Sunday. He speaks of the Lord transferring the feast of the Sabbath to the first day and so on. Clearly connecting the Lord's Day with the Sabbath.

Overall, a very good and well argued book. I will certainly go back to it and check some stuff again!

Seeing that this book was published in 1978 it would be hard to come by, but fear not! An online (scanned) version is available here.

He grounds the Sabbath in Creation, goes to every major text in the Old Testament concerning the Sabbath. Demonstrates his ability in linguistics and in his knowledge of various interpretations of some texts. The footnotes are just great!

He then goes on to make a case for Sabbath observance under the New Covenant, but he does this by first going to major texts on the abiding validity of the Law in the New Covenant. He goes on to demonstrate our Lord's teaching on the Sabbath. He never did abrogated it, but cleared it from Pharisaic legalism. He has two chapters on works of piety and necessity and works of mercy.

He then moves to consider four misused texts: Rom 14:5-6; Gal 4:9-11; Eph 2:14-15; Col 2:16. He makes a case that none of these texts speak of the abrogation of the moral duty of observing one day out of seven as a Sabbath already established at Creation. He then moves on to consider Hebrews 4:9 wherein we are clearly told that there is still, for the New Covenant people of God, an obligation of Sabbath-keeping. 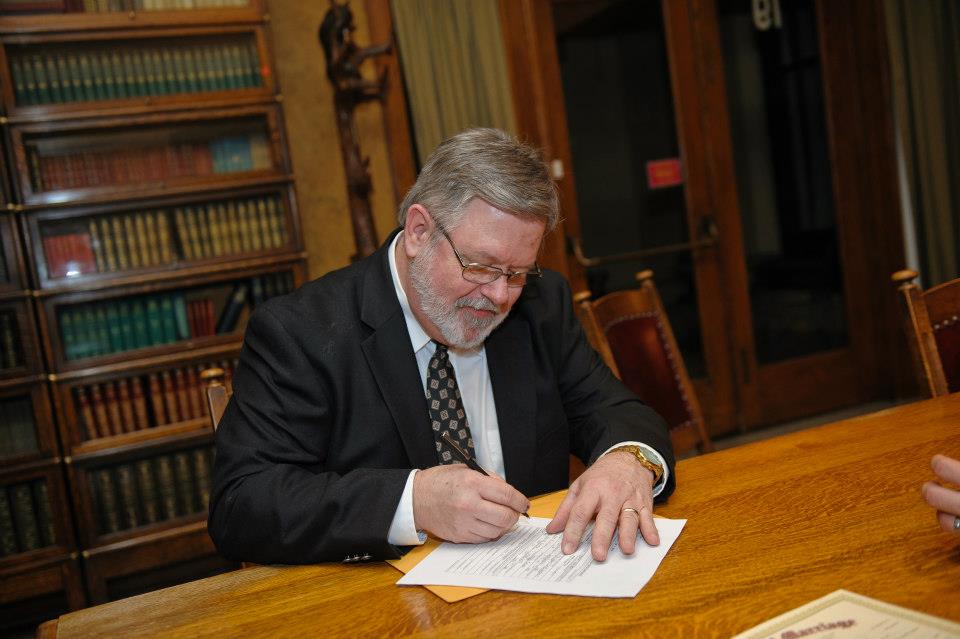 Then he moves to the post-apostolic testimony to the Lord's Day. He notes that often the word Sabbath was retrained for the Jewish Sabbath and was not frequently used for Sunday. Rather, from the earliest times, the expression "the Lord's Day" was used for the first day of the week on which Christ rose.

Finally, he moves on in the last part (3) to teach us how we should observe the Sabbath. He is careful in his suggestions and what He may say and deduce from God's Word. His desire is not to bind consciences where God has not bound them, but carefully give guidelines and suggestions.

Overall, I very much enjoyed reading this book and I used it a lot in my own study for the 1689 Baptist Confession's chapter 22 on the Sabbath (sections 7-8). It is detailed, it is biblical and it is written in a loving and respectful tone. What more can we expect? Get it and read it already!